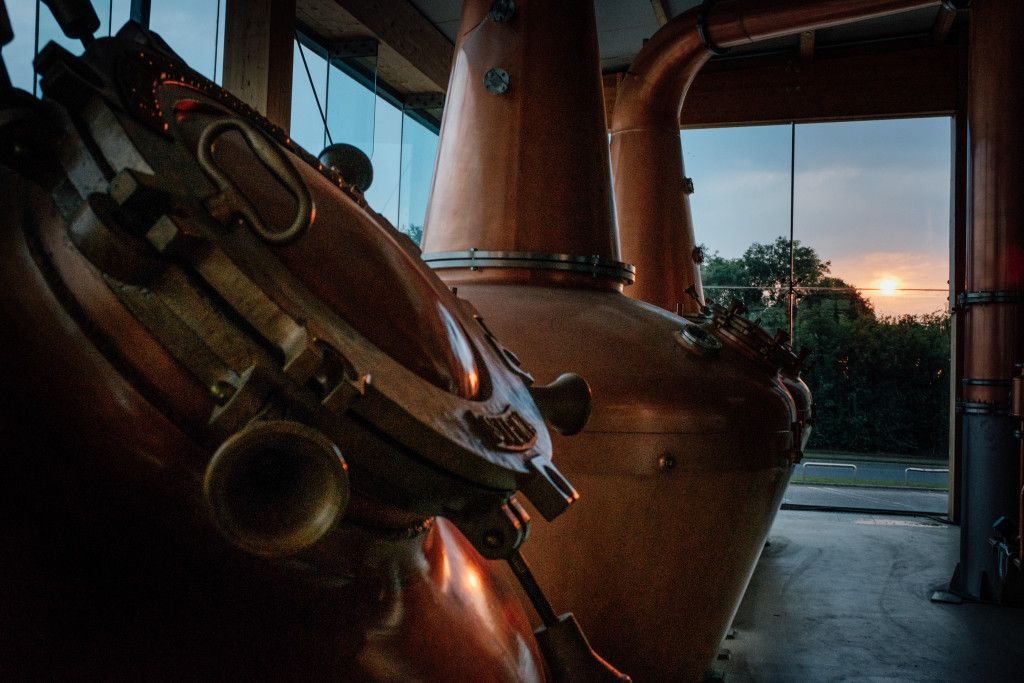 Take a look inside the exciting new technology that Boann Distillery is pioneering in the Irish whiskey industry. Distillers have been using copper in their stills for centuries, due to its malleability and ability to conduct heat. These characteristics made it one of the top choices for illicit home distillers and legitimate ones alike. Although, there was a period where copper popularity waned, and new materials, with greater durability, started to catch the eye of distillers around the world. Materials such as steel started to replace worn parts of copper stills and in some cases, steel completely replaced copper in the distillation process. It wasn’t until steel started to take precedence that the beneficial effects of copper contact in the distillation, started to become clear. The new spirit coming from these stills became more aggressive and had pungent sulphuric malodours, that were not present on copper stills.

This brought the distillers back to the drawing board and research was conducted to determine whether copper had a larger role to play in the distillation process than first imagined. It turns out that copper and copper oxide react and remove with a large variety of undesirable sulphur compounds, such as mercaptans (rotten cabbage odour) and disulfides (cooked veg and burnt plastic smell), that produce a litany of malodours. Secondly, in a fantastic coincidence the malodourous sulphur atoms that react to the copper, also absorb carcinogenic compounds keeping the spirit safe to consume.

Obviously, trying to learn from the teachings of those gone before us, this research was of great interest to us here at Boann Distillery. We theorised, that if we were able to increase the levels of copper interaction on the distillation surfaces then we would create a spirit that was free of even more unwanted odours and ultimately safer to consumer. Furthermore, as a distillery with ambitions to create traditional styles of Pot still, reduction in sulphides was of particular interest. Therefore, we began discussions with our still manufacturers to see if there was a way to implement a system to increase the copper contact in our apparatus. 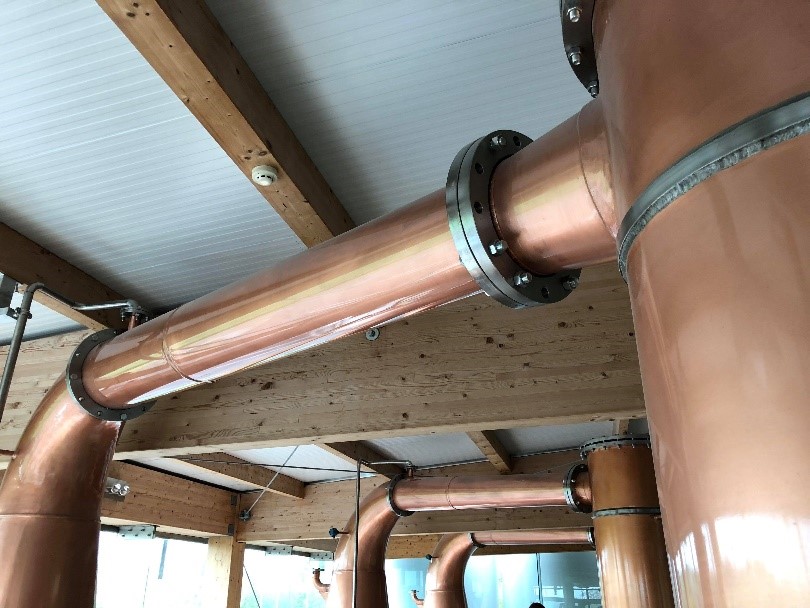 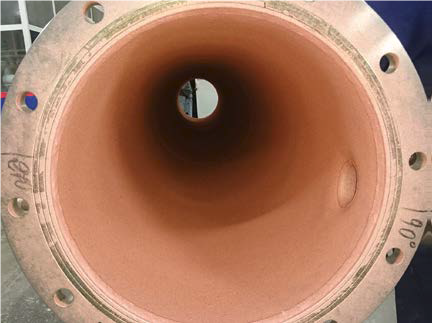 Our still manufacturers, Green Engineering, have previously partnered with Sienna University to investigate this very issue of increasing the amount of copper that distilled vapour comes in contact with. Together, they invented a new form of nano-crystal coating that can be installed in lyne arms as a form of post-production interior paint. This essentially creates copper covered abrasions which create nanoscopic mounds and divots in place of the smooth finished copper. This increases the area that the alcohol vapour must cover, six-fold. Creating an environment where distilled spirit has a much greater ability to react and interact with the copper and remove any of its impurities, ultimately creating a more pristine spirit.

It is with great zeal to announce that we will be the first whiskey distillery in Ireland to have implemented this technology. Allowing us to put our own unique imprint onto our spirit and create a traditional pot still style spirit, free of unwanted compounds.

Whilst we are the first Irish distillery to implement nano-abrasions, the technology is not untested. It has already been implemented in a couple of rum and grapa distilleries around the world, which has enabled our partners at Green Engineering to test the process and measure its outcomes. They found that these copper coated nano-crystals have exponentially increased the ability of the distillation surfaces to catch these undesired compounds (mercaptans, disulfides and ethyl carbamate), ultimately leading to cleaner, safer spirits.

Pleased with these results, we have now implemented these nano-abrasions into the lyne arms of all three of our copper pot stills as well as our Bennett gin still. Green Engineering have been incredible partners building the Boann Distillery to our specifications and we look forward to sharing more innovative firsts that we have installed alongside our nano-technology. Stay tuned.